The DAÏMÔN Production Center is pleased to welcome in residence, as part of the First Works program, Polymatopée.

Polymatopée is a synthrock musical duo, composed of Jean-Sébastien Brault-Labbé and Alexandre Pépin.

During their two-week artist residency at DAÏMÔN in December 2020, the members of Polymatopée experiment with mapping, video integration and the control of videos and projections using their instruments.

This video mapping exploration and learning exercise will allow them to create more interactive and dynamic musical performances, and less static projections by controlling video and lighting with their instruments. They will also develop their autonomy and digital mobility during shows and tours.

Polymatopée is a group of self-taught multi-instrumentalist musicians from Montreal. Since their first encounter in 2010, Alex and J-S have worked together several times, one as a musician, the other as a director, on three albums with other artists. But it is in 2019 that they officially form the duo Polymatopée. A project with a name representing the variety of sounds and techniques they experiment with. They have since learned from and nourished each other.

Alexandre Pépin is a former visual artist, rebellious and spontaneous in his approach, but above all, a patent geek of sound and electronics.

We wish to thank the Centre d’artistes AXENÉO7 for their support in the realization of this artist residency. 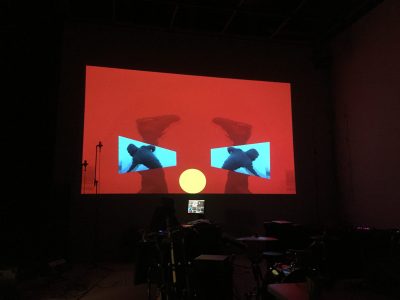 *** Please note : Our services are available by appointment only.

You can find out more about which cookies we are using or switch them off in settings.

This website uses cookies so that we can provide you with the best user experience possible. Cookie information is stored in your browser and performs functions such as recognising you when you return to our website and helping our team to understand which sections of the website you find most interesting and useful.

Strictly Necessary Cookie should be enabled at all times so that we can save your preferences for cookie settings.

If you disable this cookie, we will not be able to save your preferences. This means that every time you visit this website you will need to enable or disable cookies again.